I am using RMMV with Yanfly's Core, Battle Engine, Animated SV Enemies, and Animated Weapons, with the 3 Animated SV addons.


The battlers in my game will use the same weapon for multiple swordfighting moves, including swing and thrust.


I expected that though I could use the SV Weapon animation on a weapon, it was limited to one animation, and that looks like the case.


However, with the SV addons, looks like I could animate what I need.


My game starts out with a tutorial like Chrono Cross, where there is a mock battle with exchanges from the mentor to the Main Character.


When I battle test or play the game, the characters do animate their moves, but the weapon animation fires for the opposite character.


That is, when the 'enemy' (mentor) attacks, he does his move, but the sword appears 'afterward' in the hand of the MC.


Is this a glitch, or a problem between the keyboard and the back of my chair?


Here are the particulars:


Skill #1 will be used when you select


Do I need to use MIRROR somehow to get the weapon in the right hands?


Also, move 3 will be 'Porcupine', which requires a rapid sequence of thrusts. This will need to override the weapon image from swing to thrust, but it doesnt appear the animated weapons plugin applies to Skills? Is it possible you could expand the plugin to handle skills as well, or is it just a setup issue?


motion's target is supposed to be the sprite that performs the animation, hence the 'target' getting to swing the sword around. <blush>


Oddly, I expected the sprite to run to the base of the target, but he just moves a step or so forward. I will experiment... 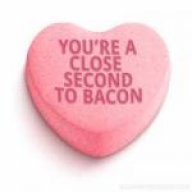 it does not apply to skills, but I found a way around it if its useful to you simply use the action sequence to add a state to yourself, in that state change the weapon appearance then cure the state once you have used it, not the greatest way to do it but it does work an example is a skill I have written up here for a single swing then 2 thrusts

Thanks, thermogothic, for the clear answer! I will give that a whirl when I get home.


I did not see how the weapon animation icon was changed via the state, though. Expect if I examine the state panel, I will be able to add an animated weapon notetag to use the different animation.


Thanks again for the help!

you do need two versions of the weapon on the sheet in the state you just add the <Weapon Image: x> to change to the thrust/swing  version of the weapon, it would be nice if this was just a case of change it in the action sequence without the need for states but for now it is possible
You must log in or register to reply here.
Share:
Facebook Twitter Reddit Pinterest Tumblr WhatsApp Email Link

RachelTheSeeker
How do you delete your own stupid thread here
Yesterday at 10:40 PM •••
Julian Brooks Hudell Julian Brooks wrote on Hudell's profile.
Hi, I'm trying to use the Orange Mapshot plugin on Mac, but it isn't working. Could you assist? I'm attempting to do Parallax Mapping. Thanks.
Yesterday at 5:00 PM •••