I have only been using RPG Maker MV for about a month now, and started using plugins 2 weeks ago so im insanely new to all of this. But whenever I use the Skill Cooldown plug in, it crashes my game after I use an ability that has a cool down timer for it. Basically my goal is to re create a "Heroism" like in WoW except instead of a haste attribute it would be a flat damage increase and besides making it cost an insane amount of MP I wanted to make it have a cooldown. I added the <Cooldown: 20> to the notes, and when I casted the "Hero", the ability worked but when I got back to the character who casted "Hero" the game crashed. I have uninstalled and reinstalled multiple times, I have checked the order in which my plugins are placed multiple times. I just can't figure out why my game keeps crashing. It's giving me a "Failed to execute'getImageData' on 'CanvasRenderingContext2D': float parameter 1 is non-finite." TypeError. Any help would be appreciated <3

1) does the crash happen with a new game or with a loaded savefile only?
After adding a new plugin you have to start a new game, loading a savefile will result in such errors.

2) are yanfly's plugin in the required order?
If you add them randomly in the plugin manager, they will cause errors and strange effects.
They need to be installed in exactly the order given on yanfly's website.

3) if the first two tips don't solve the problem, we need more data to help.
Especially a screenshot of the console (F8) when the error happens and a screenshot of your plugin manager. 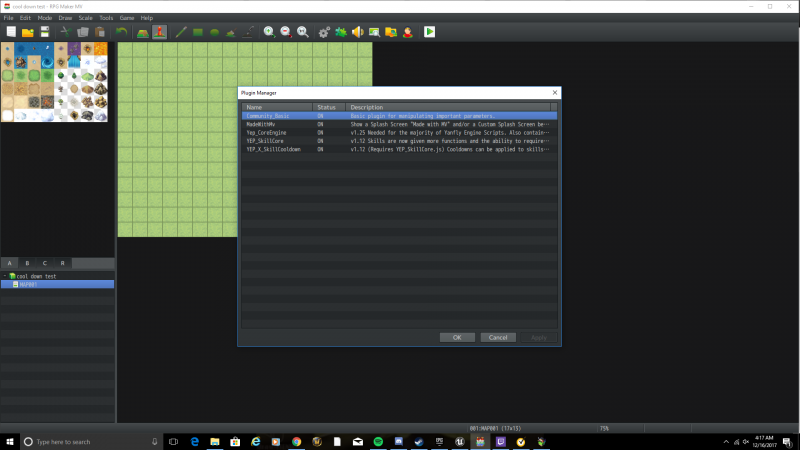 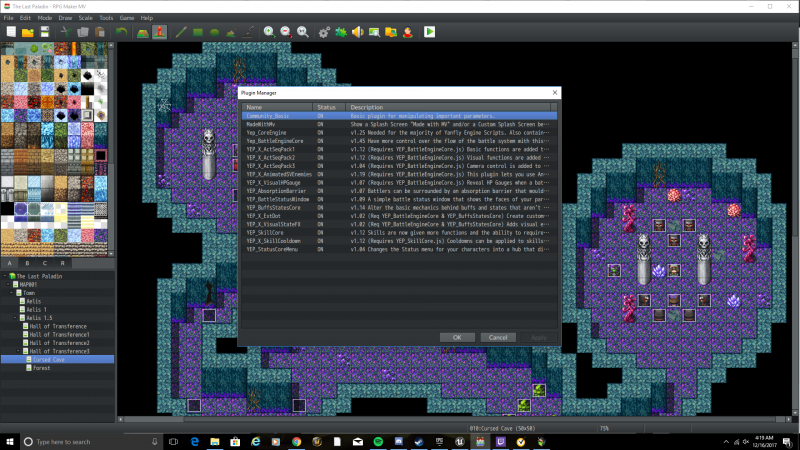 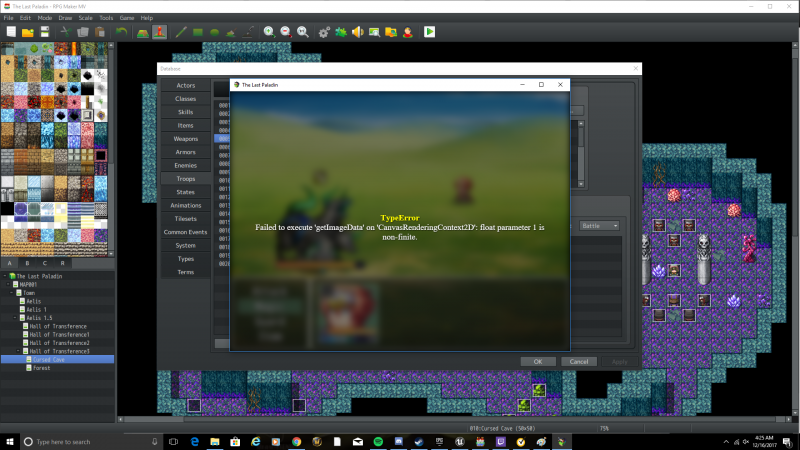 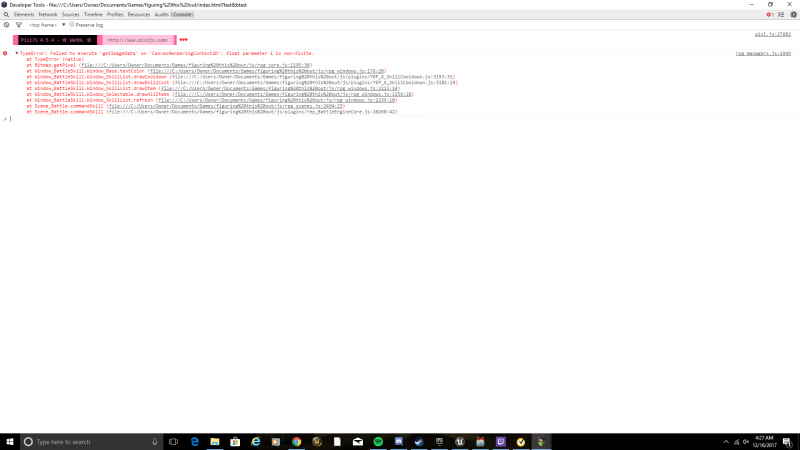 1) I just tried with a new game with only these active.

2) These are the Plugins I have in the order in my game.

I tried it again and it still didn't work. I hope I gave you the right screenshots and thanks for the quick response .