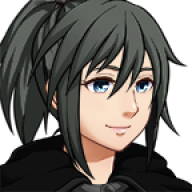 It seems YEP.50 and Ellye's State Damage aren't compatible or at least not when doing this.

This deals percentage damage, however my goal is damage based on the stats of the user and target. I tried editing the code, but didn't get it to work at first (used "origin.mat * 3 - target.mdf" instead of "target.hp / 8"). Upon further investigating, the Leech Seed code unedited wasn't doing anything either, which means there was another issue. The next morning, I tried again, this time disabling Ellye's State Damage wondering if that could be causing interference. After disabling, the original code with "target.hp / 8" worked. I then substituted in the "origin.mat * 3 - target.mdf" and it also worked!

Methods that did not work...

The first method, I tried this...

using Yanfly's Extended DOT plugin and adding the HP Drain affect via Lunatic, but due to my limited Javascript knowledge, this method deadends here.

This one almost worked. This plugin is similar to Yanfly's Extended Dot plugin and comes with a <drain> notetag. Damage calculation worked fine, except the caster took the same damage as the target, rather than being healed by it. I didn't point this out in that plugin's thread as it's already been reported and that thread hasn't had a post in over a year. It doesn't seem that plugin receives updates anymore, so I abandoned this option.
Last edited: Oct 3, 2017
You must log in or register to reply here.
Share:
Facebook Twitter Reddit Pinterest Tumblr WhatsApp Email Share Link