I recently started to use YEP Active Time Battle. Starting with the default parameters, I saw a few things I would like to change. As many of you know, Yanfly doesn't give support to the ATB and CTB plugins anymore, so I need to ask you, the community, for help in order to customize the parameters of this plugin for my project and, maybe, for other people's projects which needs to use the same battle system.

Because this is a complex plugin to customize, probably I need to ask more questions like this ones in the near future. So, my idea is to put the answers under this questions once they are resolved for good.

First question: Basic Attack skill charging time.
When I use the command "Attack", it needs to load for a few seconds until the character can do the action. But I would like to do the action inmediately, without waiting. In most Final Fantasy games, when you select Attack, the character attacks without another ATB charging.

Second question: Spell skills and other skills charging time.
So, now I have the spell and special skills that needs to be charged (like in Final Fantasy IV), before my character can do the action. How can I do this?

Third question: Guard command turn.
When I'm trying to use the Guard command, the saw that the action dissapears before my character have a new turn to input new actions. This means that the turns are now based in time, but not in fixed turns like the default battle system. How it's possible to fix this, in order to have a full turn with the Guard state until my character can choose another action?

Fourth question: Status effects turns.
Almost the same as above. I would like some of my status effects to have fixed turns, without depending on the timed turns of the ATB system.

Fifth question: Turns in the Battle Events.
I tried to make a battle with scripted dialogues that starts at X turns, however, this is almost the same as above. Because of the timed turns with the ATB, now if I put that I want a dialgogue after a 1 turn or the turn end, the dialogue shows at the start of the battle, when it's supposed to start at the finish of the first turn (if I'm not mistaken). How can I change this to have fixed turns for the battle events? 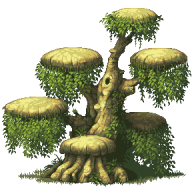 I think the first two can be solved by changing the Speed setting in the Skill. Making it high enough will carry out the action immediately, lower ones will take another charge.

Jenovation said:
I think the first two can be solved by changing the Speed setting in the Skill. Making it high enough will carry out the action immediately, lower ones will take another charge.
Click to expand...

It's working when I put 2000 speed for the basic attack command. However, when I put, for example, -2000 speed for Thundaga or Firaga, it's not working the way I expected. The spells tooks the same time charging as for a skill with 0 speed. It's something really odd.
You must log in or register to reply here.
Share:
Facebook Twitter Reddit Pinterest Tumblr WhatsApp Email Link