YEP Auto save Plugin can not auto save? 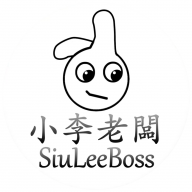 When a player is not re-load save files after saving, auto save plugin will not work, this is a normal situation?

Hi!
I think it's not. You have to use a plugin command or script call to auto-save, if I remember correctly. But I don't have the plugin here, I have it in another computer and it's the old version before it gets paid.

Not quite sure what's being asked, but with new games, it won't autosave until the player saves once manually. This is since a new game has not been saved yet, and thus, saving in the "last slot" could have unpredicatable and undesirable results.

Also, it's up to the developer to call whatever the autosave plugin command is unless they set it to save on every map transition (which imo can be bad since it gives the developer less control and might mess up certain cutscenes, depending on how they're done.

My autosave plugin works the same way for the "save in last slot" functionality (but not the dedicated autosave slot functionality) for all the same reasons.

Tw0Face
Forbidden - You don't have permission to access /index.php on this server.
Yesterday at 11:27 PM •••

Willibab
I love how people have real technical issues and im all like ''I CANT DECIDE ON A FONT''
Yesterday at 8:14 PM •••

V_Aero
So this question doesnt deserve its own thread, but why the hell does the B-Layer gets erased when I draw on the Ground-Layer while the RMXP had 3 individual layers?
Yesterday at 5:26 PM •••

TheoAllen
Fun fact: I know how to code before I even know parallel process common event works on all maps.
Yesterday at 4:58 PM •••