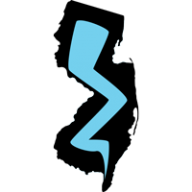 In testing using yanfly's wonderful Row Formation alongside the Charge Turn Battle system, I came across an issue.

When the Row menu is invoked during combat and then closed, the CTB turn-order gauge is not called again. I've found the lines in code where the Row script calls the Battle Engine Core and this appears to redraw the screen without the gauge.

This is tested and verified in a stand-alone demo which contains only YEP's Core, Battle Engine Core, CTB, and Row Formation. These scripts can be found at the following links:

Changing the load order of these scripts has no effect on this issue. I believe this can fixed by importing sections of the CTB code to the Row Formation script in a similar fashion to the imports of the Battle Engine Core, but I do not know which parts to import. I'm hoping someone more knowledgable than I can point me in the right direction.

Here is my test project reproducing the error: https://www.mediafire.com/file/caznyrd8w77ckv7/CTB_FR_Demo.zip

At line 2457 in YEP_RowFormation.js, there is a section of code that accounts for Battle Engine Core. I think there needs to be an accounting for CTB as well, as CTB has lines of code to create the Turn Order gauge. Line 2242 of YEP_X_BattleSysCTB.js looks like the start of the Turn Order gauge code. I don't know what to import, or how.

Is there a tutorial anywhere that discusses importing portions of the primary scripts so I can learn how to resolve this myself? I don't yet have the required posts to offer a bounty for this issue.

Hey @jerseyware, seeing how old this is, maybe you've solved it by now, but I happened to have the same issue. Figured it out and learned a lot about scenes in the process. Hopefully this helps somebody.

You can insert the below snippet into Yanfly's CTB plugin. You'll probably want to put it into the Scene_Battle section.


Code:
Based on my limited understanding, I think this would have been a problem for any scene change during battle, ie: @Yanfly's Change Battle Equip. There may be a better solution, but far as I can tell, this code is only called once every time you initiate or return to the battle scene. So if nothing else, it has a minimal performance impact.
You must log in or register to reply here.
Share:
Facebook Twitter Reddit Pinterest Tumblr WhatsApp Email Link

TheoAllen
Saying overused tropes are bad is like saying I - IV - V - I chord progression is bad.
54 minutes ago •••