Bug Explanation: I noticed this on MV 1.5. Sometimes when opening the game, it'd get stuck in "Loading..." screen forever. If I disable this plugin, this buggy behavior stops happening. The weird part is, when the plugin is ON: sometimes it executes fine (and the fonts work fine as well), but sometimes it doesn't. A BETA tester couldn't get past it no matter how many times he tried and had to send him a version without this plugin for it to work. No clue what's going on here.

Exact Steps on How to Replicate Bugs: Assign a few fonts. Export the game. Load it up a few times and check if it gets past the "Loading...". Ideally, try it out in a PC that doesn't have the fonts installed locally.

I thought that just had to do with agility or something. Oh well. I was really wanting to use his plugin instead of the default battle system, but my game's balance revolves around many bosses getting an extra 1-2 actions on their turn.

Same... At least we can always give the enemy an Instant version of the skills we want them to use more than once a turn? 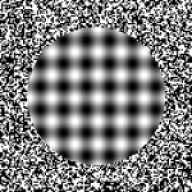 Drive Link -
Bug Explanation: - Basic; Hitting F10 does not have effect. I have attempted using Window 10's on-screen keyboard as well to make sure it was not a keyboard issue, and it has no effect.

Exact Steps on How to Replicate Bugs: Boot, and attempt to open Doodad's menu.

Doodads.json is in the project's /data folder, there is a doodads folder in the /img folder with images (I even tried dragging some of the .png's to the root of it to see if that would fix it for some reason) and the plugin as well, YEP_GridFreeDoodads, along with the YEP_CoreEngine. (You said to ONLY include mods that were having issues, but I figured core was required. The rest of the "plug ins" are part of the sample starting project, not anything I added.)

I have watched the video, and re-read the instructions for the plugs over and over to make sure I was not missing a step, and I'm semi-familiar with programming/mods, I would like to think anyways. I am hoping I have not missed something obvious.

I aplogoize if this becomes a waste of time and was something simple, but after searching every which way most of the day while working on my project and seeing where there was any mistake for it to find it (I even search the code for the term F10, where it is once), I came up empty handed.

@Vexatious no offense, but I think you should re-make your sample.
Yanfly doesn't want anything unneeded added, but not only he appreciates you removing what you don't use, he actually asks for it. He asks for small samples, and I think there was a size limit somewhere.
That means removing things like unused images, audio, and the sample plugins. It may sound like a lot of work, but just having the audio is a huge leap in file size.

@Waterguy no offense, but it's under 200mb, so before you criticize me, look at the actual checklist.

I deleted all of the BGM, and battlebacks. In his bug preparation information, he asks that it stays under 200mb, which I have done.
Research before you tell someone off.

I wasn't trying to be insulting or tell you off, just trying to help.

Also, the first time I saw, there were BGMs, it was the first folder I checked (for some reason, probably your host, it is showing the files instead of a direct download link). You must have removed them later then.

I'm simply not used to people telling me off without checking;
If you go into the first folder, by the way, there is a folder for BGM, but it is empty.
So they are removed, you are not looking before saying.

They are removed now but not when I wrote that first post. As you noticed there was something wrong, just as you edited your previous message going from 300 to 200mb (I got an email with the first one).

But regardless, this is no thread for this, and I'd like to not derail it. So do whatever you want, I'll just ignore you from now on.

Waterguy said:
Same... At least we can always give the enemy an Instant version of the skills we want them to use more than once a turn?
Click to expand...

Definitely true. Looking at this section of his plugins' description:

Each battler is only allowed one action per battle turn, meaning a single battler cannot have twice the number of turns as another battler even if the battler’s AGI value is double that of the other.
Click to expand...

It seems like the "only one action per turn" is meant to prevent battlers from having more than one action due to high agility values rather than from the Action Times + parameter. In fact, Action Times + isn't mentioned at all in the description or the plugin code.

I wouldn't mind having some confirmation from Yanfly that Action Times + is disabled with STB. I suppose we could rely on Instant Cast for our bonus turns, but for me at least I prefer allowing some monsters, especially bosses, to get more than one action in general.

Point. I'd rather Yanfly said something before filling a bug report, just in case it is supposed to be like this, but it really doesn't sound like it reading the description... 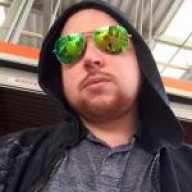 I have a problem with STB and the Battle Events, So I have four tabs on battle events checking this bosses HP per tab and only activates once in battle. It was able to identify the 75% tab, but the 50%, 10%, and the 0% is all ignored. Am I doing something wrong?

I just checked, and the only one ignored here was the 0% one. Even if another enemy was there so the battle wasn't over immediately.
And I'm using the STB too...

Features and How to Use

For all the eventers out there who love to customize their battles through custom event pages, you can now save yourself some time by drawing all the event pages from a base troop event to occur in every fight. All of the events will be present in every single battle.
Click to expand...

Thanks so much! It's very helpful

Hey! Just figured it out by booting it up over and over and trying EVERYTHING. Every button, a bunch of combinations.

No idea why.
But I guess I'll considered that problem solved! 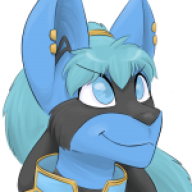 Do you have all the latest updates for the plugins in question? Last plugins update was made on the 25/06/2017

Bug Explanation: When an event with the this._chaseRange = 5 came in the range of the player in a Stealth tile, event stops moving until the player is out of either the Stealth Region or out of the event's sight.

Exact Steps on How to Replicate Bug: Go in a tile that has 255 for region (between two crates or refer to the provided RegionMap.png) and wait for the guard to approach. At one point he will stop moving, prompting you to head out of cover in order to get any reaction. Additionally, in the area where you start, you can go to the up-most Stealth Region Tile (three steps up from the start), until the guard stops again. move down one tile, the guard will move one tile more, but won't backtrack as he is supposed to. If you move one tile down, he'll resume his route.

Did you recreate the bug on the sample project? I did, twice - one in my actual project, second one in the sample. 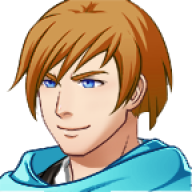 Here what i am working on. I got yanfly's region event plug in. http://yanfly.moe/2015/10/19/yep-17-region-events/
works great with all of my vehicles except for the airship. is there a way to get the airship to work with events?

Okay, what page of this post is the explanation for why CTB is no longer supported on? And why is the explanation not on its own post? I'm not gonna make the effort to Ctrl+F on all 300 pages of this post. All the first page says is that ATB and CTB are no longer supported, and the link that the text is part of just links to itself. I wanna know why, not simply the fact that it happened.

LazyCtrlF said:
Okay, what page of this post is the explanation for why CTB is no longer supported on? And why is the explanation not on its own post? I'm not gonna make the effort to Ctrl+F on all 300 pages of this post. All the first page says is that ATB and CTB are no longer supported, and the link that the text is part of just links to itself. I wanna know why, not simply the fact that it happened.
Click to expand...

BUG REPORT
BUG EXPLANATION:I left all default parameters in your core engine but when i test play my game and i enter a battle or i transfer the player to another map the game gives me tese error:TypeError undefined is not an option.i tried to set all to default again or to erase and re installing the plugin but it does not work.
PLUGIN NAME:YEP_CoreEngine.
i have all the plugins updated.
STEPS TO REPLICATE THE BUG:Enter to the door aside or click on the bat.i already replicated the bug in the sample
LINK OF THE SAMPLE:https://www.mediafire.com/?ulnf4sbbpml1isp

CleanWater
Good night (or day) everyone!
A moment ago •••

WIP of Stimpaks, Radaway, Jet and Psycho. Mentats soon to come.
3 minutes ago •••

MrKiwi
Under normal circumstances this would probably be the 4th time this year I'd say "hey guys I'm back", but honestly I might as well just drop a casual: hey guys how you doing lately?

Today at 10:10 AM •••
BillyJack RachelTheSeeker BillyJack wrote on RachelTheSeeker's profile.
Checking out your profile pic. Check out missmabs.com and see wildy. http://missmab.com/Cast/wildy.php