Yet Another Battle AI Script (MZ and MV) 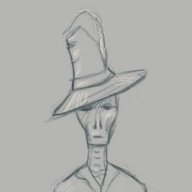 LWP_AiAdjustments 1.0
Logan Pickup​
Introduction
Allows adjusting when enemies use skills, and who they use them on. It doesn't add any additional steps to the enemy AI; it just allows better control over the "rating" in enemy action patterns, and over the "tgr" special parameter, allowing them to be modified on-the-fly.

The tgr special parameter can be changed, but it normally has a constant value for all enemies; for example, if Reid has TGR=100%, then all enemies will treat Reid as if he has a TGR of 100%. This plugin allows the TGR to be dynamic based on the enemy and skill, which allows skills to be targeted better.

How to Use
This plugin adds a single notetag: <skill-ai [skill name or id]> ... </skill-ai>. This notetag is only able to be used on enemy note boxes.

Each line between the tag start and end either:
Examples:

The examples above use .state, but hp, mp, atk, def, and more are able to be used, and can be checked against constant numbers, percentages, and variables.

This plugin only allows action pattern rating and TGR to be changed; it doesn't do anything else. It cannot change the list of available targets (if you want to restrict the targets, just use a ridiculously high target multiplier, e.g. target 100x ...). It cannot add skills that are not already present in the enemy's action pattern. It cannot do turn-based conditions (e.g. use skill on turn 5), because RPG Maker is already pretty good at that. 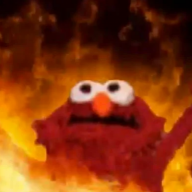 spillycup
I spent the past couple of days transferring my RM2K3 project over to RMMV. I upscaled everything 3x and it looks so cute I can't T_T