Your favourite ways to foreshadow?

What are some of the ways that you foreshadow and make promises to your player to later fulfill, in your own games?

What about particularly genius examples of foreshadowing you’ve seen in other media? 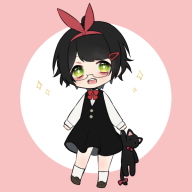 I love little details that seem innocuous at first but then when you go through the media again, it's glaringly obvious that they were supposed to mean something.


The opening of Death Parade has a brief shot of a pair of ice skates, and Onna is "skating" on nothing in the background of one shot; it's foreshadowing that she was actually a figure skater who died.

Here’s one from Re:zero

When Felt knocks on the door of the old man’s bar in season 1 episode 1, she answers three questions pertaining to three creatures: the rabbit, the whale and the dragon.

You learn the relation of these at season 2 when Subaru meets the witch of gluttony, that she created the three great mabeasts.

Though he did encounter and kill the whale, and was killed by the rabbit previously, their relationship was unknown. 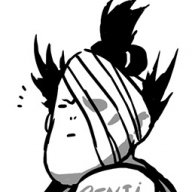 Connecting events with characters via musical motifs... It's like hiding in plain sight

@BENI_MARU that’s something new to me, I like it, will have to use it!

I had a few in the game that I tried to finish for the Quarantine challenge.

I don't really like to "foreshadow" all that much. As a writer, I've kind of felt that was me not being able to "reign in" my over-excited desire to tell the audience what as going on. I've also always felt like it was me thinking I was smarter than my audience and that they'd totally not figure things out with my foreshadowing (pro tip, your audience is often smarter than even you are).

I like to have "unknowns" instead. That is, things work the way they work for a concrete planned out reason... And the audience is never clued into what that reason is. The audience can speculate or guess, and that's good enough for me. There's a definite answer for things being the way they are and it makes a perfect logical sense. But, the characters don't know and neither does the audience.

I find it's much easier to restrain myself that way. If an audience member figures it out, then that's great for them. If they don't, then they get to maybe enjoy the mystery.

Why were my Elves beast people and then how did they change into the familiar fantasy style Elves? Why did that happen? Are the stories they tell real or are they steeped in analogy? Why do they guard a dead city?