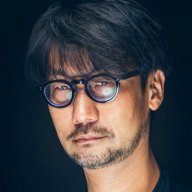 Hello Plugin Makers,
I Would like to place in a Plugin Request for a Zelda like music-mechanic, Similar to the one in "Ocarina of time","Majora's mask" and "Windwaker". I want the plugin to work the same or at least somewhat close to the mechanics in those games. It would be nice to have it be able to work with the Number Keys/NumPad, or just the regular Up,Down,Left,Right keys (not WASD). I just want the base of it done, with being able to change and edit certain note types. I also need it so it can Add, trigger and manipulate certain kinds of events and factors of the game=
There's a lot more that we can discuss if anyone is interested in such a task ,I completely understand that it may be hard work so there's no rush.

you can find one here [Link] which can be used outside battle and inside battle.
as for healing and other skills.

it might be possible to use it on event as well, but require some eventing, so it
will be possible if "name of song" is played if player is on region or certain area
when it is being played (so check the area && song in order to open stuff like
door or pathways or whatever you need.

EDIT:
I'm making an evented ocarina demo, but it mostly work on map only,
so not in battle, convert it to a plugin might be harder, so you need to either
learn the plugin I linked, or try another way around.