I'm trying to figure out a way to make it so if someone has the Zombie State, healing spells will do damage to them instead of recovering HP.

On another forum, someone suggested a script but it looked like it would take a lot of editing for the script to do what I wanted it to do and the script only worked with items. So healing spells were out of the question with that one.

It's something you see in almost every RPG, mainly the Final Fantasy series, and yet no matter where I ask, no one really knows out to do it.

Due to the fact that it's almost a staple in most RPG games, I'm rather annoyed that I can't figure out, or find out, how to make it possible in RPG Maker VX Ace. I also feel that others would benefit from being able to do it as well.
Last edited by a moderator: Aug 17, 2012

This snippet should do what you want. It causes the player to take damage when being hit with a healing item or skill. States are not affected at all, such as the death state, so skill like "revive" will not kill the character. If you want to make a zombie immune to death, add the feature "State Rate" for "Death" to 0%.

Just set up the notebox with the "[zombie]" tag, like so: Note that this simply reverses the Sp-Parameter, REC, so you can decrease the damage healing does by setting that parameter to, say, 50%, or increase it accordingly.

EDIT: Forgot to mention, this works with STATES only. You can only make zombie states with this snippet, nothing else.
Last edited by a moderator: Aug 17, 2012 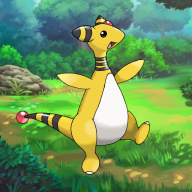 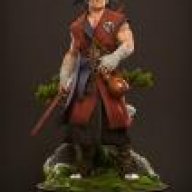 *Edit* Never mind, I am just extra derp tonight. I just wasn't setting up the battle event right. Carry on.

I am trying to figure out how to use this to have certain troops be weak against healing spells (Ghosts, zombies)

but I can't seem to get them to start the battle IN the zombie state.. is there a sure-fire way to do this?

I've got into battle event and am trying to get the conditions to set the troop into the state at the beginning of battle but it doesn't seem to be working?

Ps: I'm not a technical expert at this, just trying to do cool things as easily as possible.
Last edited by a moderator: Jul 9, 2015

This is great! I'd been wondering about that, myself.

I think this really belongs in Ace support.  However, as it seems that the query is resolved I shall close it, rather than try to move it.

standardplayer
Take THREE seconds to watch my freakin plugin video clip and just be proud of me, forum/Dad!
Yesterday at 7:48 PM •••