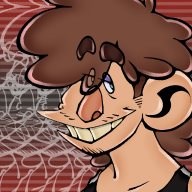 So I've been working on a game, and I've been told that it needed to be zoomed in, so I found a script, and it worked! Sorta...

As you can see in the here GIF, the game crashes constantly, and the map transition is extremely glitchy.
Are there any Vx Ace scripters who can help with this? We’ve been using this script http://www.rgss-factory.net/2012/04/15/ace-map-zoom-ace-zoom-de-la-carte/ as it’s the only one I can find that has what we need.
Resizing the tileset and character sprites does absolutely nothing, so can someone see what’s wrong with the script? I can’t seem to find anything online about it either…

If you know what’s wrong, please don’t hesitate to alert me! Thanks!

If the game crashes, could you please give a screenshot of the error window?

Andar said:
If the game crashes, could you please give a screenshot of the error window?
Click to expand...

Then technically that's not a crash and the program doesn't stop running either, but most probably is caught in an eternal loop during processing.

That is an important distinction because loops of this kind rarely are the result of a single script (they would become obvious during first tests if that were the case), but the result of an incompatibility between two or three scripts.

Without an error message, you can't assume which scripts these are - you have to test that yourself.

I suggest you make a backup of your project, and in that backup temporarily deactivate one script after another, testing after each try and marking all cases in which the error vanishes. Do NOT stop testing until you checked every script, even if disabling one script solves the problem.